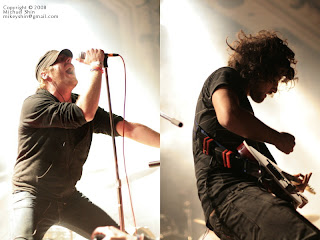 It seems that people "in the industry" are balls about Photoshop. The newest PS hit retailers at a bargain-basement price of $699 (give or take a kidney). Now, PS is a fantastic piece of software. So good, that people have used "photoshop" as a verb for years. But is it worth $700?

Really, what is photoshop, and why do we need it? Well, after humming and hawing, I realized that Gimp, free software loosely based on PS, satisfies all my photo post-production needs. Other than the occasional edit and addition/subtraction, copyright seal and info (see above image, edited and text added by Gimp), it seems that PS is extremely useful in commerical photos and, though it pains me to say it, for people that are not so good at taking photographs.

Yes, I do adjust my photos' levels, balance curves, and saturations, but that's about it. Most of the time I do that on the free software I got from Canon, Digital Photo Professional. That's about it.

Maybe I'll revisit this topic when I'm more well-versed at PS. Not likely, since I just dropped $200 too much on Apple's Aperture. Not worth it, in my opinion. I could have benefitted more from another lens or something. I thought I was doing good in purchasing software that would further my photo archiving/post production needs. I thought wrong. Though, I guess it remains to be seen.